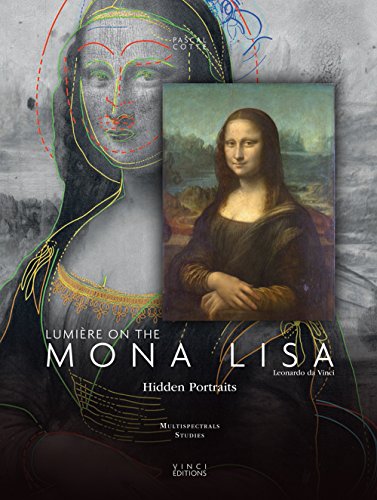 The Mona Lisa is one of mankind's great mysteries. With over 9.7 million admirers per year, it is the most legendary painting of all time. Thanks to an extraordinary scientific imagery technique (L.A.M.), this book takes us on a journey into the heart of the paint-layers of the world's most famous picture and reveals secrets that have remained hidden for 500 years. Mona Lisa is not actually Lisa Gherardini, wife of Francesco del Giocondo, but a portrait that masks others. Leonardo da Vinci did not paint one, but four portraits, superimposed on top of one another. More than 150 discoveries help us rediscover the painting's genesis, with Cotte reconstituting the true portrait of Lisa Gherardini - whose face, hairstyle and costume were radically different from those we now see in the Louvre. The book shatters the myth and alters our vision of the work. It is a giant leap forward in art knowledge and art history. Pascal Cotte, who digitized The Mona Lisa at the Louvre with his multispectral camera in October 2004, now presents the fruit of ten years' research.


Pascal Cotte is an optical engineer specialising in photography and image signal analysis. He is the inventor of the L.A.M. scientific imagery technique and the first high-definition multispectral camera, which he has used to digitise several works by Leonardo da Vinci: the Louvre's Mona Lisa, in October 2004; The Lady with an Ermine in Cracov, in September 2007; La Bella Principessa in 2008; and La Belle Ferronnière in 2011. All told, Cotte has digitised over 2,000 works in public and private collections, and authored several studies scientific about famous paintings. Since 2007 Cotte's exhibition The Secrets of Mona Lisa, produced by Australia's Grande Exhibitions, has been seen by over 8 million visitors on all five continents.