Éditeur: Ahead of the Pack, LLC 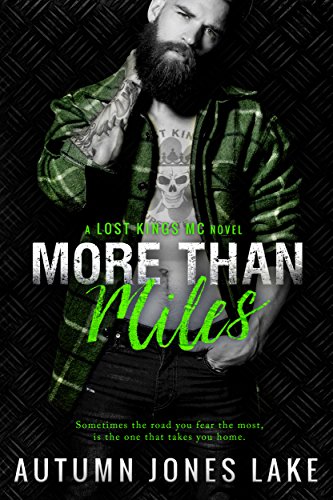 Forbidden love is the hardest to forget...
Blake “Murphy” O'Callaghan, Road Captain of the Lost Kings MC, has the world by the balls. Money. Women. The wide-open road. It’s all his, everything he wants…except the one girl he loves, the one girl who’s off limits. His best friend’s little sister, Heidi.

Abandoned by her mother when she was only eight, Heidi Whelan’s familiar with heartbreak. Especially the heartbreak of falling in love with her big brother’s best friend. When Murphy pushed her away, it broke her heart. Now, on her eighteenth birthday, he claims he loves her? Growing up around the Lost Kings MC, Heidi’s witnessed his manwhoring ways. He’ll never give that up for her. Besides, he’s too late: Heidi’s in love with her high-school boyfriend Axel.

Axel Ryan loves two things—motorcycles and Heidi. He signed up to be a prospect for the Lost Kings MC because it seemed like a fun way to get closer to her. Now that he’s gotten a taste of MC life, he’s not so sure this is where he belongs. He’s confident Heidi shares his dreams for the future, so even if he chooses another road, their relationship will survive the detour.

With more than miles between them, will the deceptions they’ve lived with for so long be too much to overcome? Can Murphy convince Heidi that the hard roads they’ve traveled will lead to the most beautiful destination of all, or is he destined to ride the open road alone?

*More Than Miles can be read as a stand-alone.